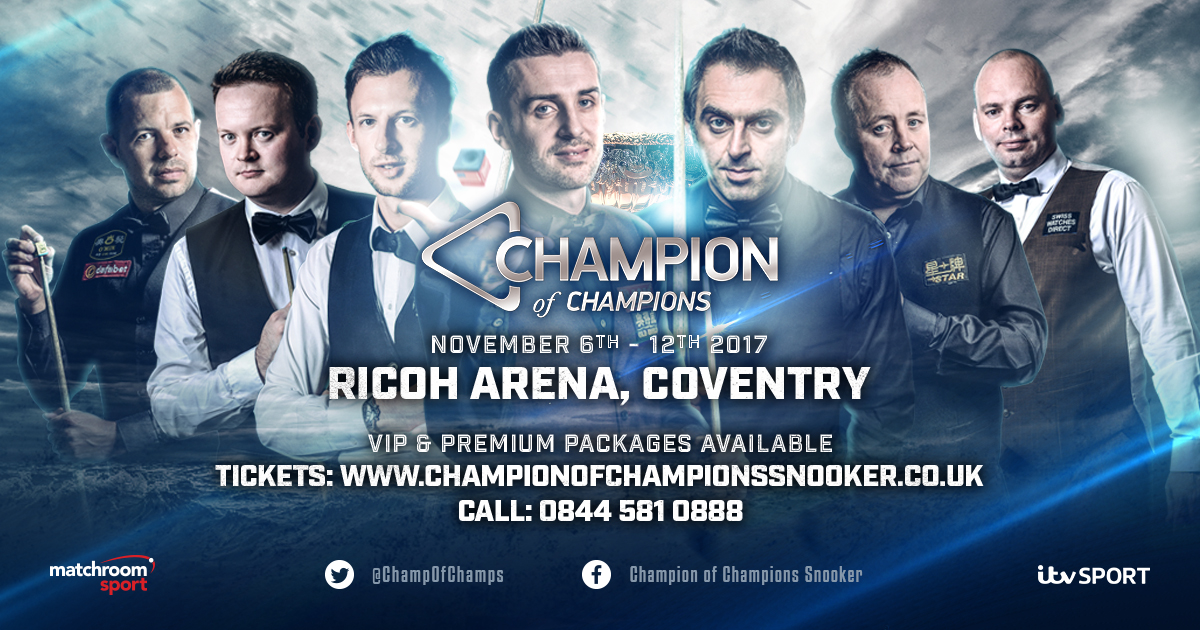 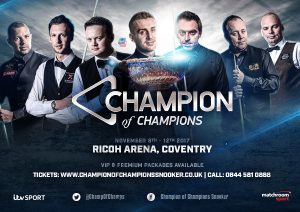 Snooker’s Champion of Champions returns to Ricoh Arena, Coventry this November 6-12 with tickets on sale now at www.championofchampionssnooker.co.uk.

With the likes of defending champion John Higgins, UK Championship winner Mark Selby and The Masters champion Ronnie O’Sullivan already among those who have earned an invite, the tournament is set to build on its status as one of the season’s must-see events.

The action gets underway on Monday, November 6. The tournament starts with a quartet of four-man groups, with one group played out on each of the first four days. The draw and fixtures for the group stage will be announced in the autumn.

The four group winners proceed to the semi-finals, one of which is played on the evening of Friday, November 10 with the second on Saturday evening. The final will place over 19 frames and two sessions on Sunday, November 12.

Tickets go on sale at 10am on Wednesday, March 22 at www.championofchampionssnooker.co.uk, with an early bird offer pricing tickets at as little as £7.50 for a limited time only. Premium tickets are available for all sessions with VIP Hospitality tickets on sale for the semi-finals and the final.

The full list of qualifying events can be found at www.championofchampionssnooker.co.uk.