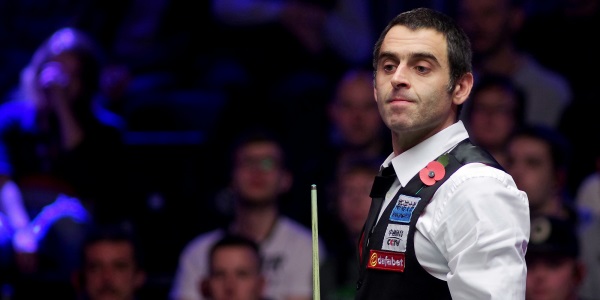 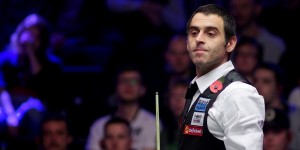 We’ve reached the business end of this year’s Dafabet Champion of Champions in Coventry, as the semi-finals get underway on Saturday on ITV4.

Defending champion Ronnie O’Sullivan is up against Ding Junhui in the first last-four clash at the Ricoh Arena at 1pm and that is followed at 7pm by Neil Robertson v Judd Trump.

The Rocket looked in decent form on Wednesday as he breezed through Group 1 without too much difficulty.

He made back-to-back centuries on his way to beating Stuart Bingham 4-2 in a repeat of last year’s final, and didn’t really need to move through the gears in his whitewashing of Marco Fu in the evening’s final.

O’Sullivan is playing in his first semi-final of this season with his best performance so far being a run to the quarter-finals of the International Championship last week, where Mark Williams edged him out 6-5 in Chengdu.

He overcame Ding by a single frame in the group final of last year’s event on his way to the title, though last season’s five-time ranking event winner is looking for his first major victory of this campaign.

The world number three hasn’t played too much but won the first Asian Tour event of the season at the Yixing Open, while he has also reached the semi-finals of the Shanghai Masters and quarter-finals of the Haining Open – losing to eventual champion Bingham on both occasions.

Failure to qualify for home tournaments like the Wuxi Classic and the International Championship will have been a cause for concern, but he has showed glimpses of his quality this week when it has really mattered.

After a slow start against Dominic Dale in the opening match of the tournament, he reeled off three straight frames from 2-1 down to progress to the Group 4 final.

He then raced into a 4-1 lead against Barry Hawkins in Monday’s final, but was pegged back to 4-4 before expertly handling the pressure when it mattered most to come out a 6-5 winner and seal his place in the semi-finals.

Robertson and Trump contest the second semi-final in the evening session. Trump was in fine form in his group on Tuesday, dispatching Stephen Maguire 4-1 before steaming to a 6-1 victory over World Champion Mark Selby.

As Robertson noted in his post-match interview on Friday evening, Trump has enjoyed trophy success after beating the Aussie in some major events and this summer beat ‘The Thunder From Down Under’ 9-5 in his own backyard to win the Australian Open.

Robertson beat Ali Carter 4-0 in his group stage semi-final, before overcoming Ricky Walden 6-3 in the final.

The match had been neck-and-neck all the way to three all, but Walden went in off while attempting to play a double and never came back.

Both semi-finals are best of 11 frames, with the winners progressing to Sunday’s best of 19 final in Coventry, where the Dafabet Champion of Champions will collect a cheque for £100,000.