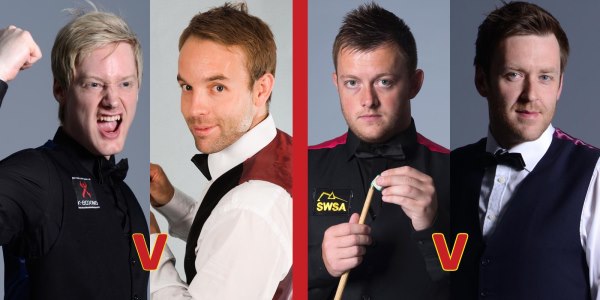 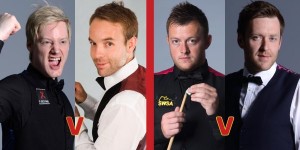 The group stages of the Dafabet Champion of Champions come to a conclusion on Friday, with Neil Robertson, Mark Allen, Ricky Walden and Ali Carter all in action on ITV4.

World number two Robertson breaks off in Group 3 against Carter at 1pm at the Ricoh Arena.

Last season’s century-of-centuries maker has had a fairly slow start to the season. Other than reaching the final of his home tournament at the Australian Goldfields Open, he hasn’t been past the last 16 of any event so far.

The ‘Thunder From Down Under’ reached the semi-finals of this event last year. He beat Carter 6-5 in the group final before being edged out by Ronnie O’Sullivan by the same scoreline, and Dafabet are offering 8/1 on him lifting the trophy this time around.

It will be an emotional day for his opponent who is playing in his first major tournament since receiving treatment for lung cancer.

He hadn’t played since the World Championship but marked his return to action last month by winning the General Cup in Hong Kong. 40/1 says he can go all the way in Coventry.

His qualification for this event as one of the highest ranked players not to have landed a piece of silverware was secured just last week, after already-qualified Ricky Walden and Mark Allen reached the final of International Championship.

Those two will compete in a rerun of that game for the right to face the winner of the first match in the group final at 7pm.

Chester’s Walden would have featured in this event regardless of what happened in Chengdu, but made certain of his appearance with his 10-7 victory over Allen.

Dafabet have him at 25/1 to go all the way this week but he will be looking to win his first frame in this event at the very minimum, after being whitewashed by eventual finalist Stuart Bingham in the group semi-final.

It’s been a fairly solid start to the season for him though; he has reached the final of the Six Red World Championship as well as the last four of the Paul Hunter Classic.

The second European Tour event was won by Allen and the man from County Antrim also reached the final in the Riga Open and Shanghai Masters, as well as in Chengdu.

He is being offered at 14/1 to land his second trophy of the campaign, but he is also looking for his first win in Coventry after narrowly losing to Carter last year.

A last-four clash with Judd Trump is up for grabs and all the action will be broadcast live on ITV4.