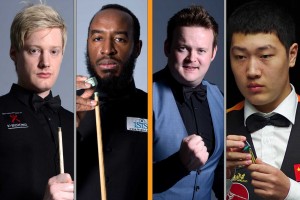 Robertson breaks off in the first group semi-final at 1pm when he takes on Rory McLeod.

The world number three qualified for a third straight year after winning the European Tour’s Gdynia Open in March and comes into the event fairly fresh, having only played in four tournaments so far this season.

Despite opening-round defeats in the Australian Open, Shanghai Masters and Ruhr Open, he recently enjoyed a run to the quarter-finals of the International Championship.

The Australian has reached the last four in each of previous two events here, and 188BET fancy him to make it third time lucky this year at 9/2. 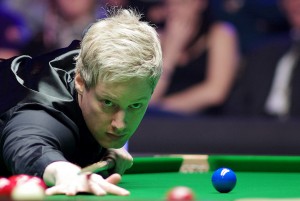 His first obstacle is Leicester-based McLeod, who will be making his first appearance at his local tournament after an astonishing victory in Mulheim last month.

That was the 44-year-old’s first trophy of his 25-year career and saw his ranking rise to 52 in a season that has also seen him reach the last 16 of the Riga Open.

He is searching for his first ever victory over Robertson, having lost all four of their previous meetings, and is considered very much a tournament outsider with 188BET offering 150/1 on him recording a remarkable victory.

The winner of that game will face off against either Shaun Murphy or Yan Bingtao.

Murphy enjoyed arguably his best ever season last term, completing the career Triple Crown after winning the Masters as well as reaching the final of the World Championship. 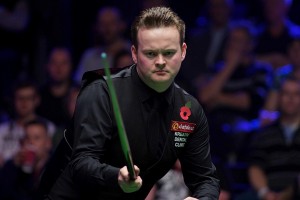 His start to this campaign has not been too bad either, getting to the final of the Paul Hunter Classic and reaching at least the last 16 in all but one of the events he has entered so far.

‘The Magician’ is still searching for his first win in Coventry after losing his opening match in each of the previous two years but, at 7/1, 188BET believe he can go all the way in 2015.

He is up against 15-year-old Yan who, along with Zhou Yuelong, lifted the World Cup with China in June and is currently completing his education before turning professional at the start of next season.

The teenager will be hoping to follow in the footsteps of his partner, who stunned World Champion Stuart Bingham in the opening match of the tournament yesterday.

Like Zhou, though, he will have to upset the odds which see him at 200/1 to come through this elite field and lift the trophy on Sunday night.

Both group semi-finals are the best of seven frames, with the evening session seeing the two winners play a best-of-11 match which begins at 7pm.