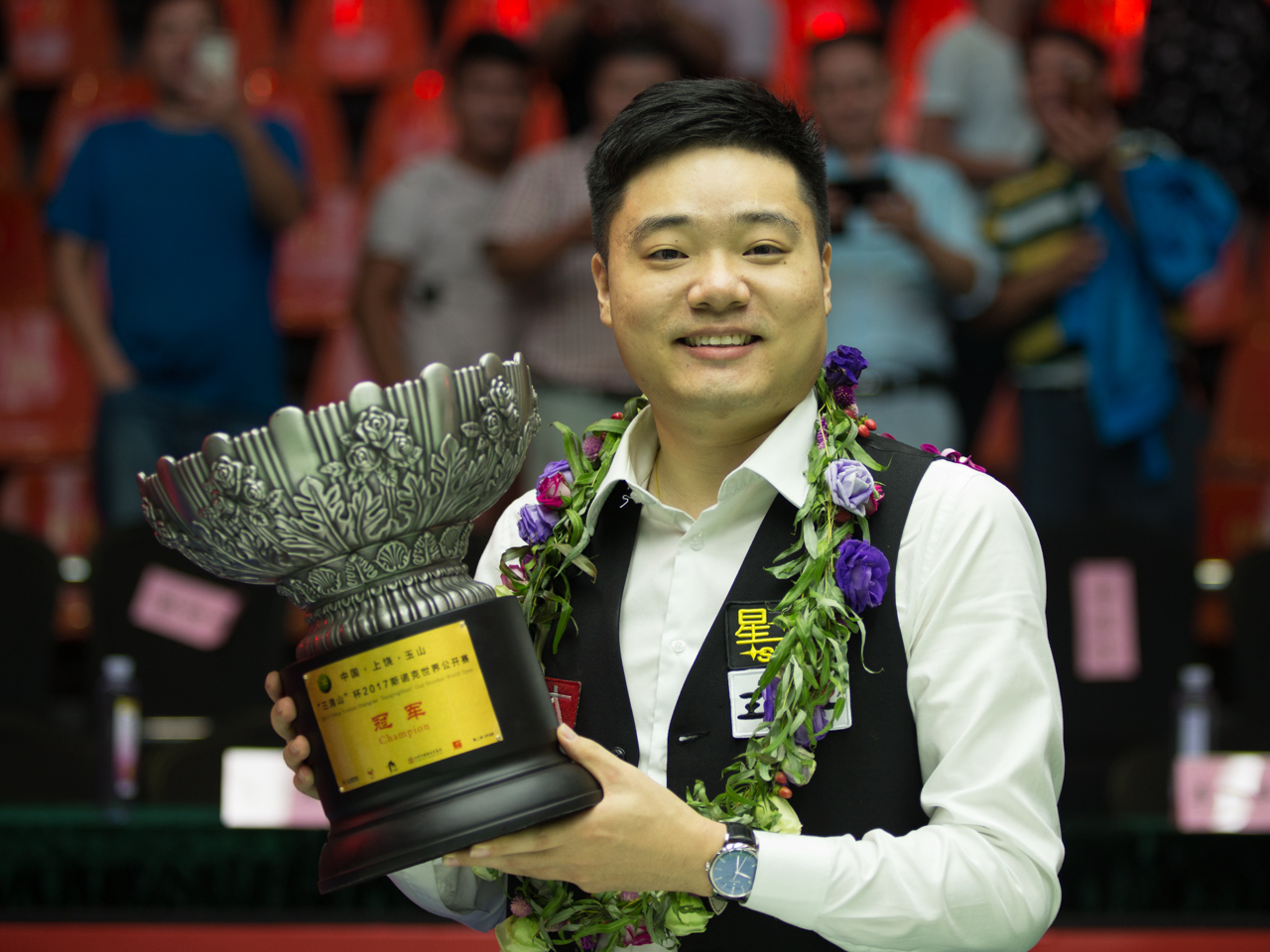 Ding Junhui is the latest player to earn his spot in November’s Champion of Champions at Ricoh Arena, Coventry.

The new world no. 2 defeated Kyren Wilson 10-3 in Sunday’s final of the Yushan World Open, his 13th career ranking title and one which earns him an automatic invite to the Champion of Champions.

“The home crowd always supports me in the same way as it does with Ronnie O’Sullivan in the UK,” said Ding. “That makes a big difference. You can see that some players don’t like it, but you have to learn how to deal with it. I found it difficult in the first few years in the UK, but it is about learning.

“I’ve been playing well all week. I’ve really been focused in this event. I’m happy to have played the way I did. I felt good coming into the last session. I won the first three, it got a bit twitchy in the last frame but I came through. The score was a bit misleading, but I didn’t feel too much pressure. I just played my game.”

Ding joins the likes of defending champion John Higgins, UK Championship winner Mark Selby and The Masters champion Ronnie O’Sullivan in receiving an invite for the tournament, to take place from November 6-12.

Three events remain on the qualifying schedule. The winners of the forthcoming European Masters, English Open and International Championship will all earn their place in the Champion of Champions.

Tickets are on sale now at www.championofchampionssnooker.co.uk priced from just £11 for group stage sessions.