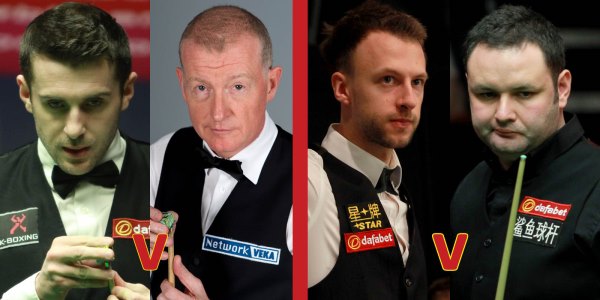 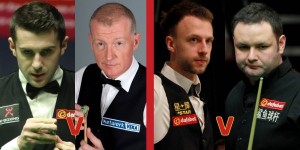 Leicester’s Selby gets Group 2 underway against six-time World Champion Davis at 1pm at the Ricoh Arena.

Both players come into the event fairly fresh having not played much snooker lately. Selby last played in the Bulgarian Open where he reached the quarter-finals last month.

He has already won the Riga Open and reached the semi-finals of the Shanghai Masters this season, though his fortunes have varied as he failed to qualify for last week’s International Championship.

57-year-old Davis awaits the world number one. The Nugget is appearing in a UK tournament for the first time since the World Championship qualifiers at the back end of last season, where his 36-year spell on the World Snooker tour finally came to an end.

He may be semi-retired nowadays but he secured his place in this tournament by winning the World Seniors Championship in October 2013 and he will be looking to roll back the years at the Ricoh Arena.

Selby is 1/10 with Dafabet to win the match, but if you fancy Davis to turn back the clock then he is 147/25 to cause an upset.

The winner of that match will play the winner of Trump vs. Maguire in the group final at 7pm.

Trump earned his place in the event after winning the Championship League last season, and he also added the Australian Goldfields Open to his collection at the start of this season.

He has also reached the final of the Paul Hunter Classic during a mixed start to the campaign that has only seen him go beyond the last 16 of one other tournament – the quarter-finals in Riga. Trump is 23/10 to win the group with Dafabet.

The Ace in the pack is hoping for a better run in this year’s tournament after reaching the group final where he was comfortably swept aside by an inspired Stuart Bingham 12 months ago.

It won’t be easy though against Maguire, one of the toughest players on the circuit, who sealed his place in Coventry by winning the Six Red World Championship in September.

Although his form otherwise has been fairly average. His best run at a ranking event saw him reach the quarter-finals of the Wuxi Classic, where he whitewashed Trump 5-0 along the way. You can back him at 25/1 with Dafabet to be crowned Champion of Champions.

All the action will be broadcast live on ITV4.