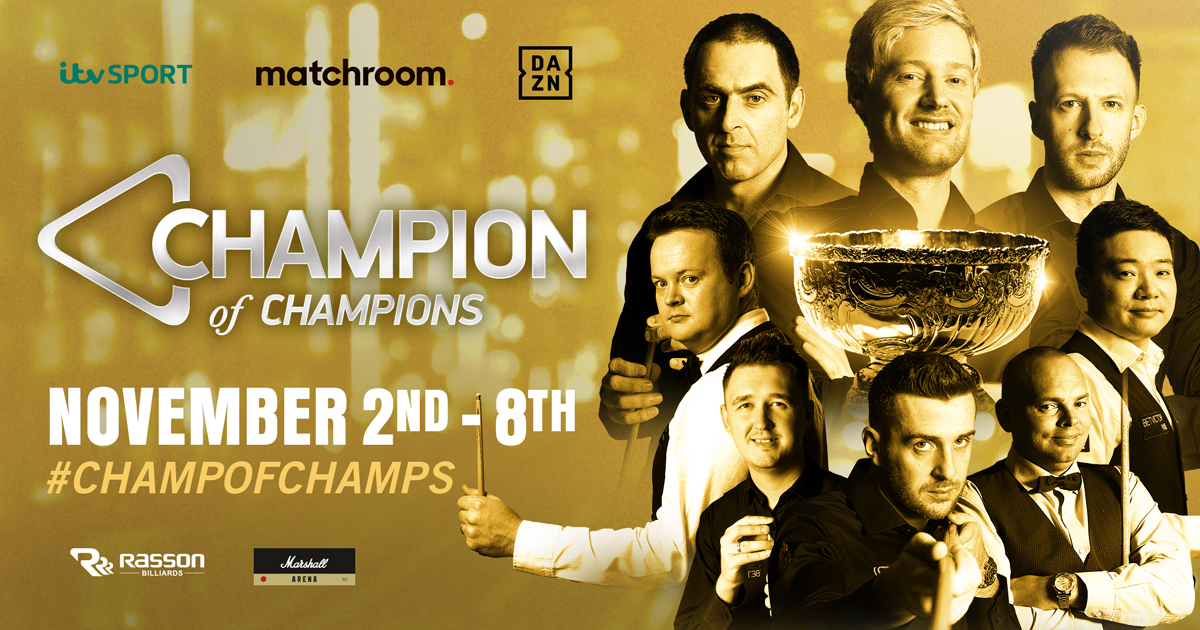 The draw for the 2020 Champion of Champions has been made, with defending champion Neil Robertson set to get the tournament underway against Jimmy White on Monday, November 2, live on ITV4 from Marshall Arena, Milton Keynes.

The event begins with a quarter of four-man groups, with one group played each day from Monday until Thursday. The afternoon sessions feature two best-of-seven Group Semi-Finals, before the best-of-11 Group Final in the evening session. The tournament carries a £440,000 prize fund with £150,000 going to the winner.

Players were split into three seeding pools for the draw, based on their current WST World Ranking, with players in Pool One automatically allocated to the group which corresponds with their seeding. Robertson is the defending Champion of Champions and will take his place in Group 1 on Monday as the tournament’s No.1 seed. World No.1 Judd Trump will be in Group 2, with World Champion O’Sullivan in Group 3 and World No.4 Mark Selby in Group 4.

One player from Pool Two (Mark Allen, Kyren Wilson, Shaun Murphy and John Higgins), was drawn at random into each group. The remaining eight players were placed into Pool Three, with two players from that pool drawn into each group.

Judd Trump and Shaun Murphy are the seeded players in Group 2, where they will be joined by Stuart Bingham and the winner of this week’s Championship League Snooker. Group 2 fixtures will be confirmed on Friday night, with the highest ranked non-seed to face Murphy, and the lower ranked player to face Trump. Should the Championship League Snooker yield a repeat winner, David Gilbert will take the remaining place in the Champion of Champions as the highest ranked player not to have qualified already.

Champion of Champions Draw To Be Made On Tuesday

Be On The 888sport Champion of Champions Big Screens!