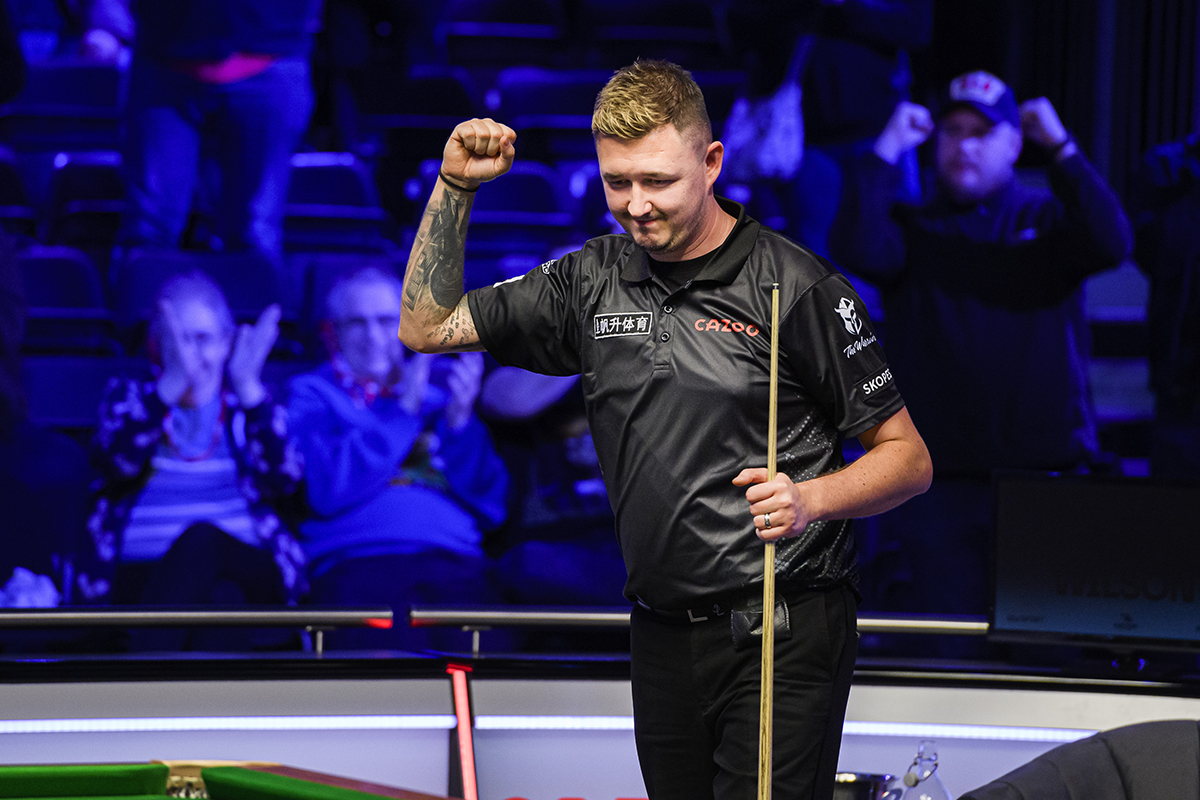 Kyren Wilson delivered a heavy scoring 6-4 win over two-time Cazoo Champion of Champions winner Neil Robertson to book his place in the semi-finals against Judd Trump at the Bolton Whites Hotel, University of Bolton Stadium.

The Thunder from Down Under started the day against Mark Williams who was taking on his first tournament since the Northern Ireland Open having missed out on the English Open due to testing positive for COVID-19. It was a hard battle for both as Robertson became only the fourth player to make 800 centuries on his way to a 4-2 win to set up the Group 4 final with Wilson.

Wilson meanwhile fended off a late fightback from debutant Jordan Brown to pull through 4-2 and set up a clash with Robertson for the second time in a matter of weeks after the Australian got the better of him on the way to winning the English Open in Milton Keynes.

Robertson started the better of the two in the group final as he took advantage of an early mishap from Wilson to take the opener with a break of 74 but that’s when it seemed Wilson kicked into gear winning the next three frames to take a 3-1 lead into the interval. Firstly, in the second to level with breaks of 44 and 33 before swiftly following with a break of 114 in the third and 112 in the fourth to hold court.

The Australian is no stranger to the Cazoo Champion of Champions having most recently claimed the title in 2019 and he moved in front for the first time since the opening frame in the seventh as his fortunes changed in the contest. Wilson found himself needing a snooker as he tried to play the blue safe but inevitably went in off the black and conceded to give Robertson a slender lead.

It was a classy contest between two heavy scorers and Wilson wasn’t going away easily with a steely clearance of 98 in the eighth to pull level once again. Wilson continued his ascent towards the semi-finals taking the ninth frame to be one away from victory.

When it came to the last, the World No.5’s composure shone through in the end with his third century of the match to seal the win: “I played Neil last week at the English Open and it was another cracker there, but I was on the wrong side of that one. It was nice to put in a similar performance tonight and come out the winner,” said Wilson.

“I was a little bit unlucky at 3-3, I went into the pack off the blue and knocked in a red that sometimes you could see potential plants and I couldn’t see anything it was just sort of freak shot that the red went in. I knew I was starting to hit the ball pretty well and it was all about staying focused and waiting for my next chance.”

Wilson will now face off with World No.2 Trump on Friday night: “It doesn’t get much tougher. That’s what you expect in a showpiece semi-final. It’s going to get tougher and tougher. Everyone is a champion in this event. It’s very pleasing to be a part of it and I’m looking forward to that match.”

The Warrior reached the final in 2018 before missing out to Ronnie O’Sullivan and is looking to go one better this year: “You learn from those moments, and I certainly feel like I have. It’d be nice to get back in that position again and put it right.”

Watch the Cazoo Champion of Champions live on ITV4 from 12:45pm with Selby vs Gilbert and Murphy vs Yan. See where you can watch in your country right here.

Buy tickets for the rest of the week here.