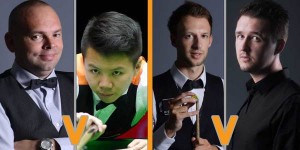 The 2015 188BET Champion of Champions gets underway on Tuesday with Stuart Bingham and Judd Trump in action in Group 3.

The tournament breaks off at the Ricoh Arena in Coventry with the first group semi-final between World Champion Bingham and World Cup winner Zhou Yuelong at 1pm.

Bingham captured his fourth title of last season when he lifted the trophy at the Crucible in May, adding to the Shanghai Masters, Championship League and the Asian Tour’s Haining Open. 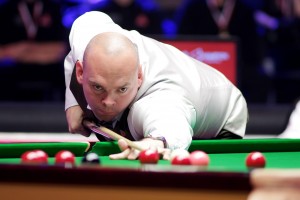 The Basildon cueman has started this season in a fairly slow manner, though, with his run to the semi-finals of his defence in Shanghai the only time he has been beyond the last 32 of any event.

Standing in his way is Zhou, who will appear in the event for the first time following his success with China at the World Cup.

The 17-year-old lifted the trophy alongside his partner Yan Bingtao in June and also recently enjoyed a run to the last 16 of the International Championship.

He is considered one of the underdogs for the title, however, with 188BET offering 200/1 on him coming through this elite field.

In the other group’s other semi-final, tournament favourite Judd Trump will look to avenge his 10-9 defeat against Kyren Wilson in September’s Shanghai Masters final when the pair clash for the right to play the winner of Bingham and Zhou. 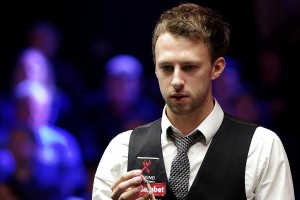 Having reached the final in Coventry last year, Trump is back for more after claiming the World Grand Prix title in March on top of reaching the final of the UK Championship.

The ‘Ace in the Pack’ has endured a fairly mixed start to this campaign, reaching the final in Shanghai as well as the quarters in Australia and the European Tour’s Paul Hunter Classic, but suffered a shock 6-0 defeat at the hands of world number 120 Michael Wild in the recent International Championship qualifiers.

Nevertheless, he is heavily fancied to lift the trophy here on Sunday night with 188BET backing him at 4/1.

At 54 in the world, Wilson’s victory in Shanghai made him the lowest-ranked player in ten years to lift a major ranking trophy.

The 23-year-old from Kettering won nine matches to clinch the title and jumped to 22 in the rankings, as well as securing his debut in this event, in which he will be a local favourite.

His furthest run otherwise came when he reached the last 16 of the Paul Hunter Classic, and 188BET have him at 66/1 to go all the way here.