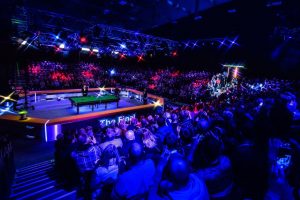 This year’s ManBetX Champion of Champions snooker will be broadcast free of charge on Facebook Watch in the USA, South & Central America and on the Indian subcontinent.

Staged at the Ricoh Arena in Coventry, England, the ManBetX Champion of Champions will take place from Monday, November 5 until Sunday, November 12 as 16 of the game’s biggest stars battle it out for one of snooker’s most prestigious prizes.

The worldwide television coverage, led by host broadcaster ITV, will be complemented by streaming on Facebook Watch across the Americas and on the Indian subcontinent through the countries listed below.

HOW TO WATCH
Fans can like the Champion of Champions Facebook Page to get events added to their personal Watchlists.