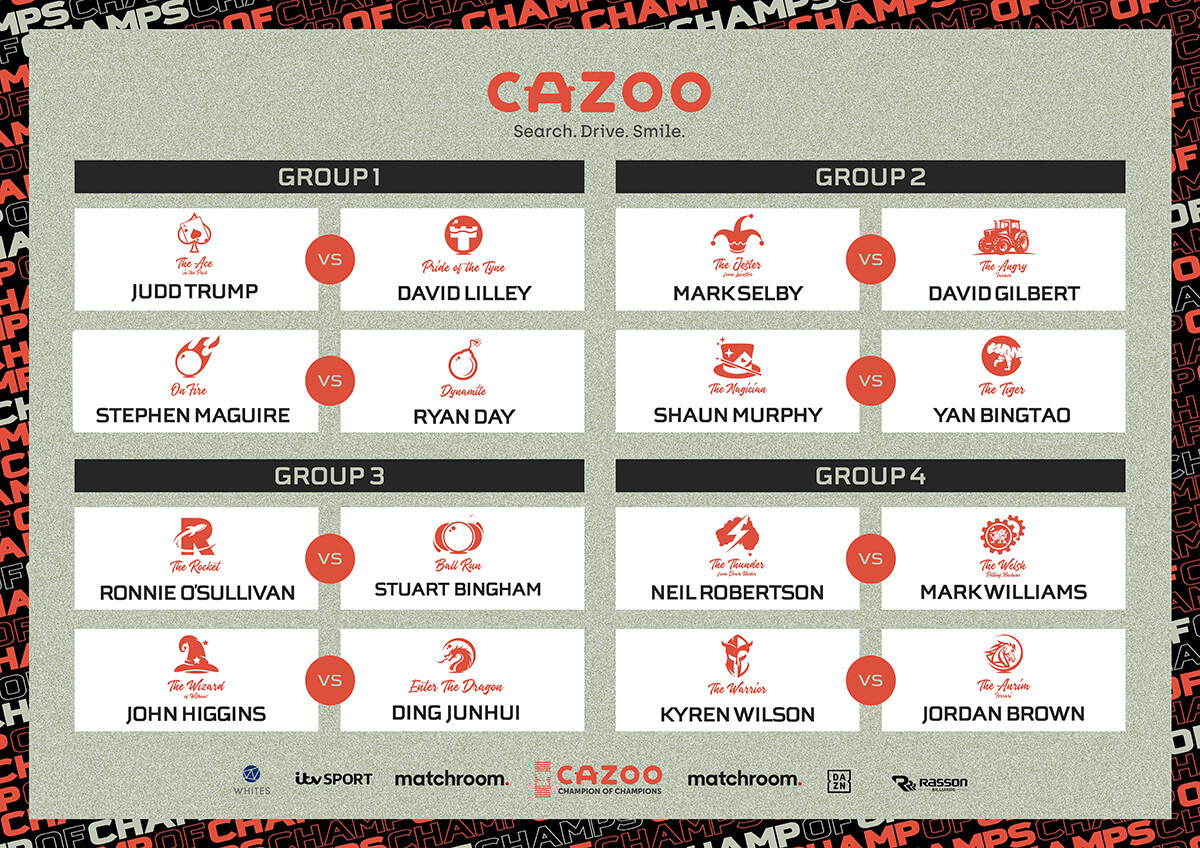 DRAW MADE FOR 2021 CAZOO CHAMPION OF CHAMPIONS

The draw for the 2021 Cazoo Champion of Champions is complete with 22-time ranking event winner Judd Trump set to open the week against World Senior champion David Lilley on Monday 15, November live on ITV4 and broadcasters worldwide from the Bolton Whites Hotel, University of Bolton Stadium.

The Cazoo Champion of Champions begins with four player groups with one group played each from Monday until Thursday. The afternoon sessions feature two best-of-seven Group Semi-Finals before a best-of-11 Group Final in the evening session. The winner at the end of the week will walk away with £150,000 with £440,000 set to be paid out across the week.

Players were split into two seeding pools based on the WST World Ranking after the Northern Ireland Open. The top eight players were placed into groups based on their seeding; seed 1 Judd Trump and seed 8 Stephen Maguire are in Group 1. World Champion Selby will be in Group 2 with No.7 seed Shaun Murphy, World No.3 O’Sullivan joins John Higgins in Group 3 while Neil Robertson and Kyren Wilson are in Group 4. The remaining eight seeds were drawn at random to face one of the eight seeded players in the group semi-finals.

WATCH THE DRAW IN FULL HERE

Our lines are open from 9am to 7pm (Monday to Friday) and 9am to 5pm (Saturday, Sunday and Bank Holidays).

Mark Allen withdraws from the Cazoo Champion of Champions