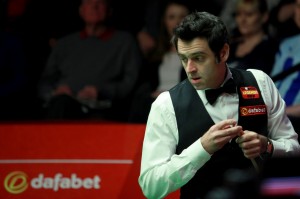 Dafabet and Matchroom Sport are delighted to announce that Dafabet has become the title sponsor of the forthcoming Champion of Champions snooker tournament.

The this November 3-9, and will be broadcast live throughout on ITV4 in the UK.

The tournament begins with four groups, each featuring a semi-final and final with the group winners progressing to the tournament semi-finals on Saturday, November 8. Sunday’s final will be played over 19 frames with the winner taking home £100,000.

Barry Hearn, Chairman of Matchroom Sport, said: “We are thrilled to bring Dafabet on board for this major tournament. The Dafabet Champion of Champions is the best of the best and fans at the Ricoh Arena and those watching on ITV4 will be guaranteed world-class snooker from start to finish.

“The venue is superb and the format proved very popular last year. The field is very open such is the quality, but it would take a brave man to back against defending champ Ronnie O’Sullivan!”