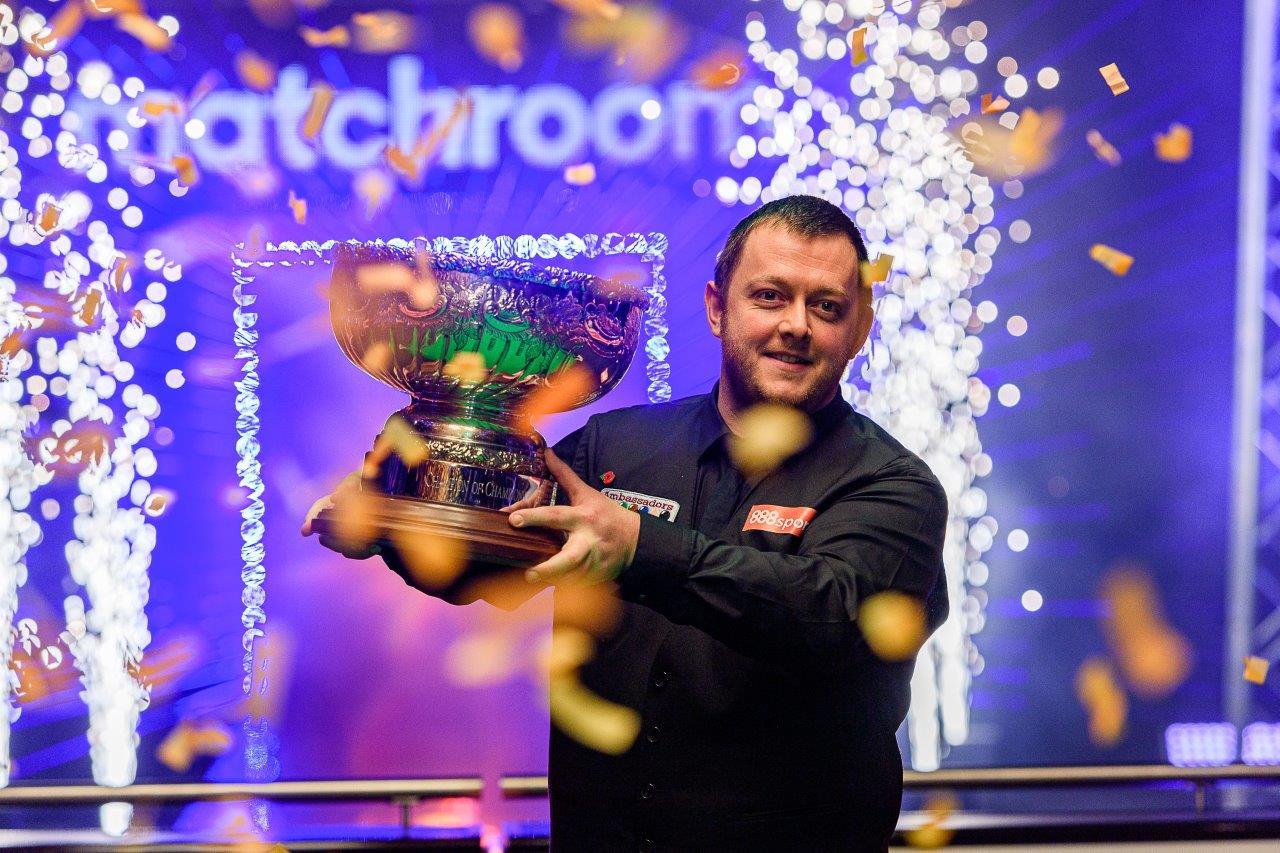 Reigning Cazoo Champion of Champions winner Mark Allen and World No.1 Judd Trump are both relishing the opportunity to be a part of the prestigious tournament when it heads to Bolton Whites Hotel at the University of Bolton Stadium from November 15 to 21.

Allen was speaking after progressing to the next stage of Championship League Snooker in his first tournament of the 2021/22 season where he came through his group to move into Winners’ Week this week.

The World No. 12 went all the way last year beating Ronnie O’Sullivan in his group final before beating Trump in the semis and then the 2019 champion Neil Robertson in the final in Milton Keynes: “I had good memories from last year. Matchroom always goes the extra mile. This event is that extra bit special. You feel like you’ve achieved something just to be there. I was fortunate enough to get in off the ranking last year. I have really good memories. It will be good to be back at such a big event.”

“It’ll be a bit nerve-wracking but it’s signs of being back to normality. It’s what we want to do, be playing the big events (with fans).”

Trump qualifies for the Cazoo Champion of Champions from winning the World Grand Prix, German Masters, Northern Ireland Open, and Gibraltar Open. He’s aware that the Champion of Champions trophy is one that’s alluded him so far, reaching two finals: “It’s one that all the best players are in from the start. It’s tough to win, I’ve never won it. The main season starts with the Champion of Champions, you’re gearing up towards around that period. All the big events start around that period. It’s one you want to play well in to get your confidence for the rest of the season. it’s good money, it’s a good competition. The setup is always top class. It’s one the players always look forward to playing in.”

“Anytime you can get into any of the invitation events, where you’ve done something to qualify, you feel like you’ve achieved something. It’s just the ones people really remember, I think. The players have won something to get into it, the standard of quality is always really high.”

“It’s exciting to have crowds back in all sports, especially in snooker. I feel like over the past six to nine months, I’ve struggled playing in front of no crowds. It’s so much more enjoyable for me to play my shots and play the way I do, and I get some sort of response back. I’m excited to play there. It’s somewhere new, somewhere I’ve never played before, and it’s always exciting to go to new places and play in front of new faces.”

“You want to tick off every event, it’s my aim to win every tournament I ever play in, this one still alludes to me, I’ve played well in it in periods, but I haven’t always been consistent, it’s one I want to it’s obviously one I want to win and tick off sooner rather than later.”

Tickets for the Cazoo Champion of Champions are on sale now start from just £12.50 per session in the Group Stage, with all-day tickets from £22.50.

For a little extra you can enjoy our group stage Premium Package which includes:

For the semi-finals and final we have our VIP Hospitality package which includes:

A full list of players who have qualified so far have been found here.

All ticket prices are subject to booking and transaction fees.