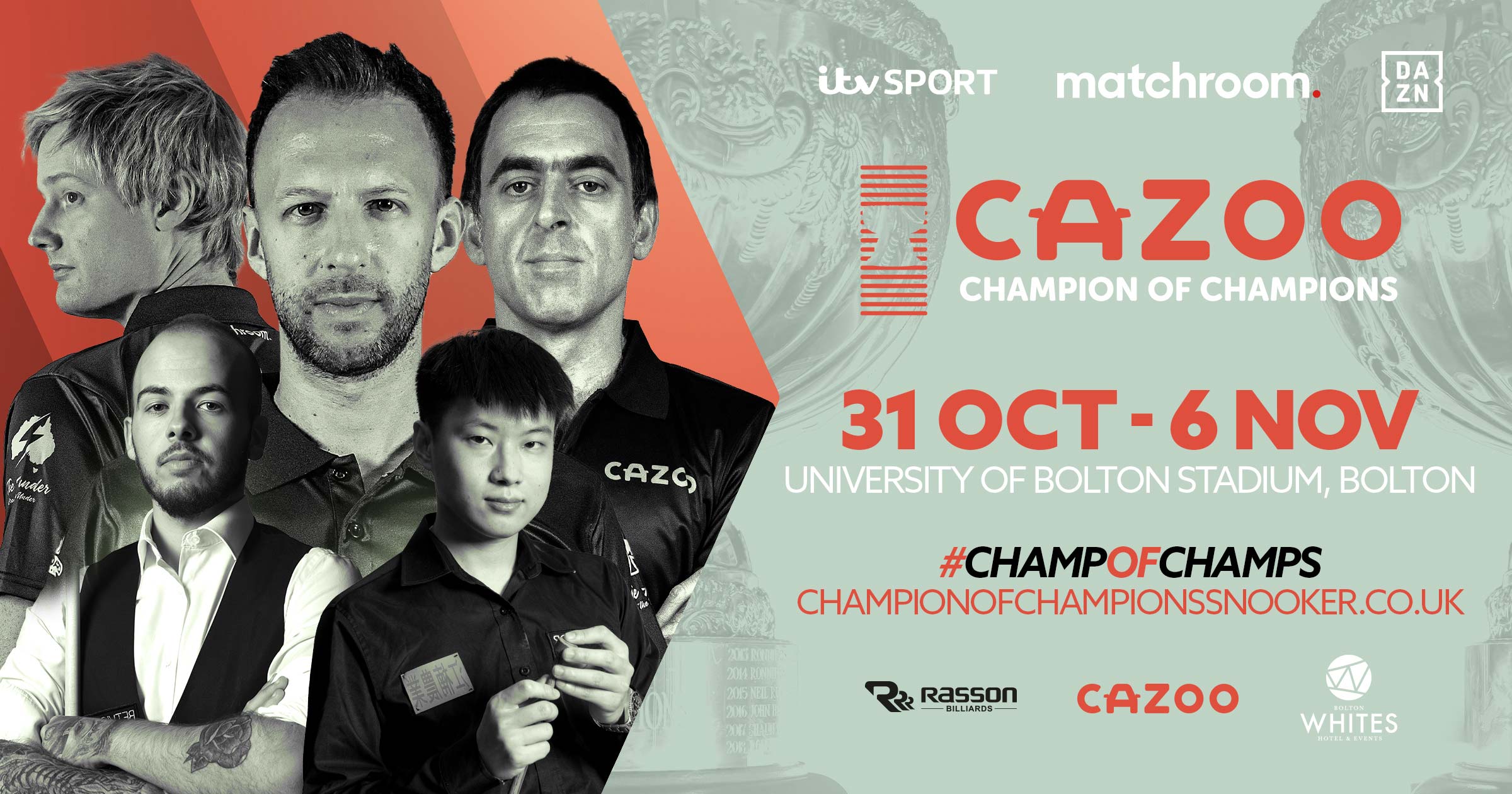 The qualifying list for the 2022 Cazoo Champion of Champions at the Bolton Stadium Hotel, the University of Bolton Stadium from Monday, 31 October to Sunday, 6 November has been confirmed with defending champion Judd Trump, World Champion Ronnie O’Sullivan, and Women’s World Champion Nutcharut (Mink) Wongharuthai already in the field with tickets on general sale now.

Trump goes into the tournament as the defending champion whilst the likes of O’Sullivan, Neil Robertson, John Higgins, and Zhao Xintong have booked their places in the field.

The Qualifying List comprises 24 spots, which are split into six sections. Tournaments within each of the six sections are listed chronologically. The first 16 different players on the list will form the field for the Cazoo Champion of Champions. The World Women’s Snooker Championship winner Mink of Thailand will follow in the footsteps of Reanne Evans becoming the second woman to ever play in one of snooker’s most prestigious events.

The tournament begins with a quartet of four-man groups played over four days from Monday, October 31 to Thursday, November 3. The winner of each group progresses to the semi-finals which are played on Friday, November 4, and Saturday, November 5. Before the final on Sunday, November 6 played over two sessions and 19 frames.

Tickets start from £15 a session with fans also offered the opportunity to experience one of snooker’s finest spectacles in VIP from £95. VIP includes front two row seats, a two course meal, free programme on arrival, drinks voucher, access to the practice table viewing area and much more.

New for this year, fans will be given the option of a front two-row seat for the opening four days with our gold seating from £25 per session. Gold seats are only available during the group stage. VIP tickets are available for the semi-finals and final.

– Photo with Champion of Champions trophy

– Hot lunch or dinner before the session

– Dessert during the mid-session interval