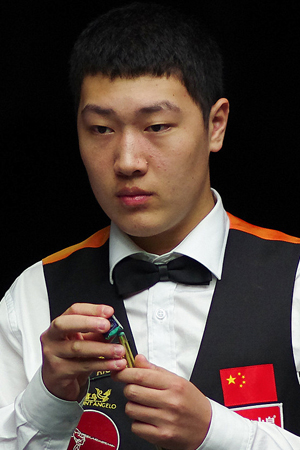 Yan Bingtao qualified to play the 188BET Champion of Champions when he and doubles partner Zhou Yuelong won the World Cup in their home country, beating Scotland 4-1 in the final in Wuxi.

The host nation was allowed to enter two teams into the 24-team tournament, and it was their ‘B’ pairing Zhou and Yan who stole the show with a series of brilliant displays.

After coming through the group phase then knocking out Australia and Wales, they beat experienced Scottish duo John Higgins and Stephen Maguire in the final to claim the $200,000 top prize and underline China’s status as a growing force in the global game.

A former World Amateur champion, Yan is just 15 but looks to have all the potential to follow in the footsteps of Ding Junhui.