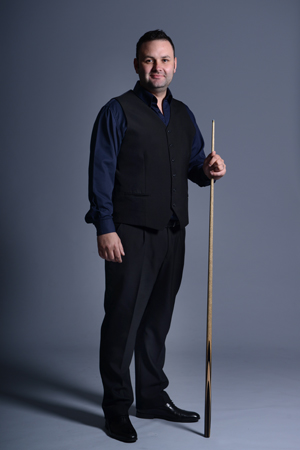 Stephen Maguire earned his place in the Champions with victory over Ricky Walden in the final of September’s Six-Reds World Championship, but it is a sole victory in an otherwise disappointing year for the Scot.

Last season he didn’t manage to reach a final, although he did make the last four of Indian Open ranking event before being edged out 4-3 by home favourite Aditya Mehta, and the Masters, where he beat Joe Perry and Neil Robertson before losing to Ronnie O’Sullivan.

At the World Championship Maguire suffered a first round defeat for the second year in a row at the Crucible, going down 10-9 to Ryan Day, and afterwards he admitted he was glad a frustrating season was over.

Six Reds aside, Maguire had yet to rediscover his form prior to the International Championship. He reached the quarter-finals of the Wuxi Classic with a 5-0 win over Judd Trump among his tournament results, but then lost his last-eight match against Martin Gould in the final frame. At the Australian Open he lost his opening match 5-0 to Jamie Jones and in the Shanghai Masters he was on the wrong end of a 5-1 scoreline in his last 16 match with Alan McManus.

At last season’s Champion of Champions Maguire saw off John Higgins 4-3 in his opening group game, but lost 6-3 in the group final to Mark Selby. His fifth and most recent ranking title came at the 2013 Welsh Open. He beat Stuart Bingham 9-8 in an exciting final to take the top prize in Newport.