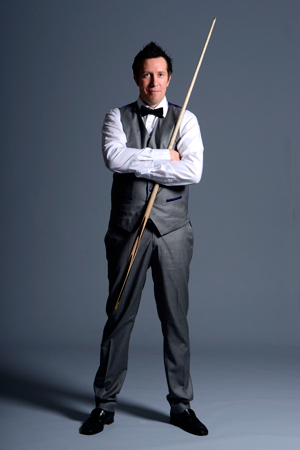 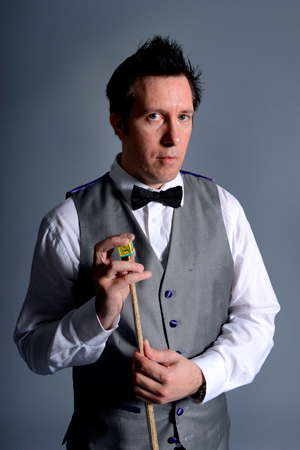 Dominic Dale makes his debut in the Champion of Champions this week on the back of success in the one-frame, fast-action Snooker Shoot-Out in January.

Though a Welshman, Dale was actually born here in Coventry. One of snooker’s most flamboyant characters, he enjoyed a run to the quarter-finals of this year’s World Championship.

At the Shoot-Out in Blackpool he showed quick-thinking and nerves of steel to win six matches and capture the £32,000 top prize. Dale beat the likes of Barry Hawkins and Mark Allen to reach the final before seeing off Stuart Bingham to secure the trophy.

At The Crucible he reached the quarter-finals for only the second time in his career and the first time since 2000. After beating Andrew Higginson in the final qualifying round, he knocked out Mark Davis and Michael Wasley in Sheffield to set up a match with Barry Hawkins. Incredibly, Dale came from 11-5 down to lead 12-11 and stand within touching distance of a semi-final meeting with Ronnie O’Sullivan. But Hawkins made two excellent breaks in the last two frames and Dale fell 13-12.

Dale has played some of the best snooker of his career in recent years. In 2011 he won PTC6, beating Martin Gould 4-3 in the final.

He became one of only 24 players in snooker history to win multiple ranking events with his sensational victory in the 2007 Shanghai Masters, after which he sang Frank Sinatra’s ‘My Way’ at his post-match press conference.